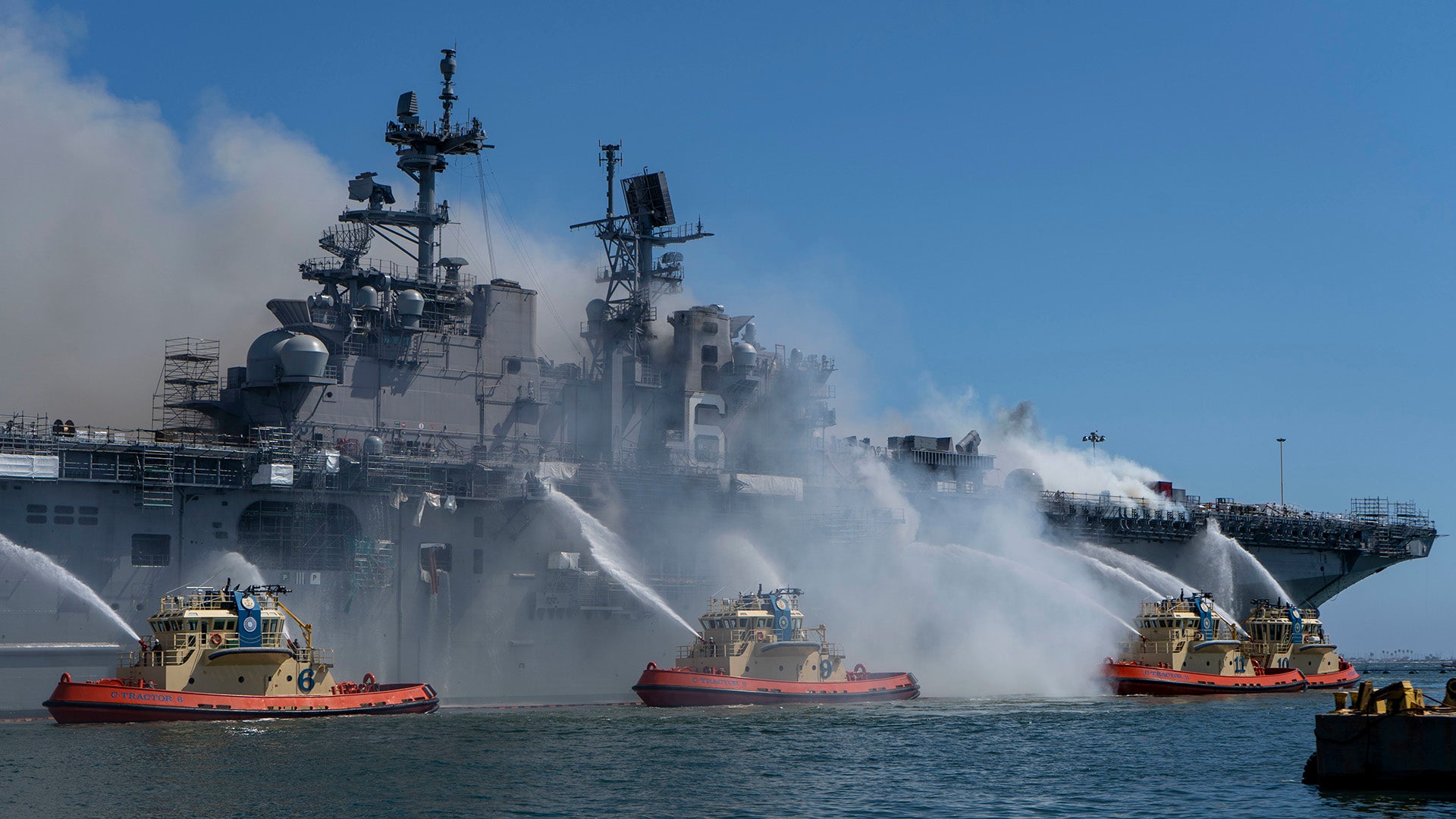 The Navy has a new command structure for surface ship fires

Two years after an amphibious assault ship was torched and burned as commanders argued over who was in charge, the US Navy has finally issued clear guidelines on authority.

Now, if surface ships undergoing maintenance catch fire or have other serious emergencies, the ultimate authority will be the Chiefs of Surface Fleets for the Pacific and Atlantic Commands. If these commanders are not present, they will appoint the authorities responsible for certain concentrations of ships.

The new command structure comes in response to confusion around the USS Bonhomme Richard. This vessel was set on fire in July 2020 and spiraling out of control as the Navy attempted to determine who actually had command authority in the situation. At the time, the amphibious assault ship was in port in San Diego, undergoing upgrades that would have allowed it to carry F-35B fighter jets. The fire lasted for five days and was finally extinguished on July 16. In the end, the fire was so severe that the entire ship was decommissioned and scrapped. Apprentice seaman Ryan Sawyer Mays was charged with starting the fire that consumed the ship. A subsequent investigation revealed that confusion in the early hours of the fire was to blame for the situation getting out of control and that a number of fire stations were not properly maintained. Secretary of the Navy Carlos Del Toro later wrote in a memo that better care and training with firefighting equipment could have helped prevent the fire from getting worse.

Kitchener’s predecessor at SURFPAC, now-retired Vice Admiral Richard Brown, had said that when the fire broke out he did not know whether SURFPAC or the Navy’s 3rd Fleet had command authority during that the Bonhomme Richard was under construction. Brown was among more than two dozen sailors reprimanded for the late response to the Bonhomme Richard fire, although he told Defense News earlier this summer he had been cleared of any wrongdoing. He said he took over the firefighting operation after the 3rd Fleet refused to take over.

The Bonhomme Richard was the last ship fire in recent Navy history, but not the only one in the 2010s. The USS Miami submarine burned in 2012, causing up to $700 million in damage and the navy decided the repair costs were too high.

Along with clear command structures, the navy is also taking other steps to keep the fires from getting out of control. These include additional training for crews in the event of a fire and the hiring of more fire safety officers for ships.

The last on task and purpose

Want to write for Task & Purpose? Click here. Or check out the latest stories at our homepage.

2022-08-28
Previous Post: A breakdown of software development types for small businesses
Next Post: Here’s how US credit card debt has changed in 5 years | Economic news