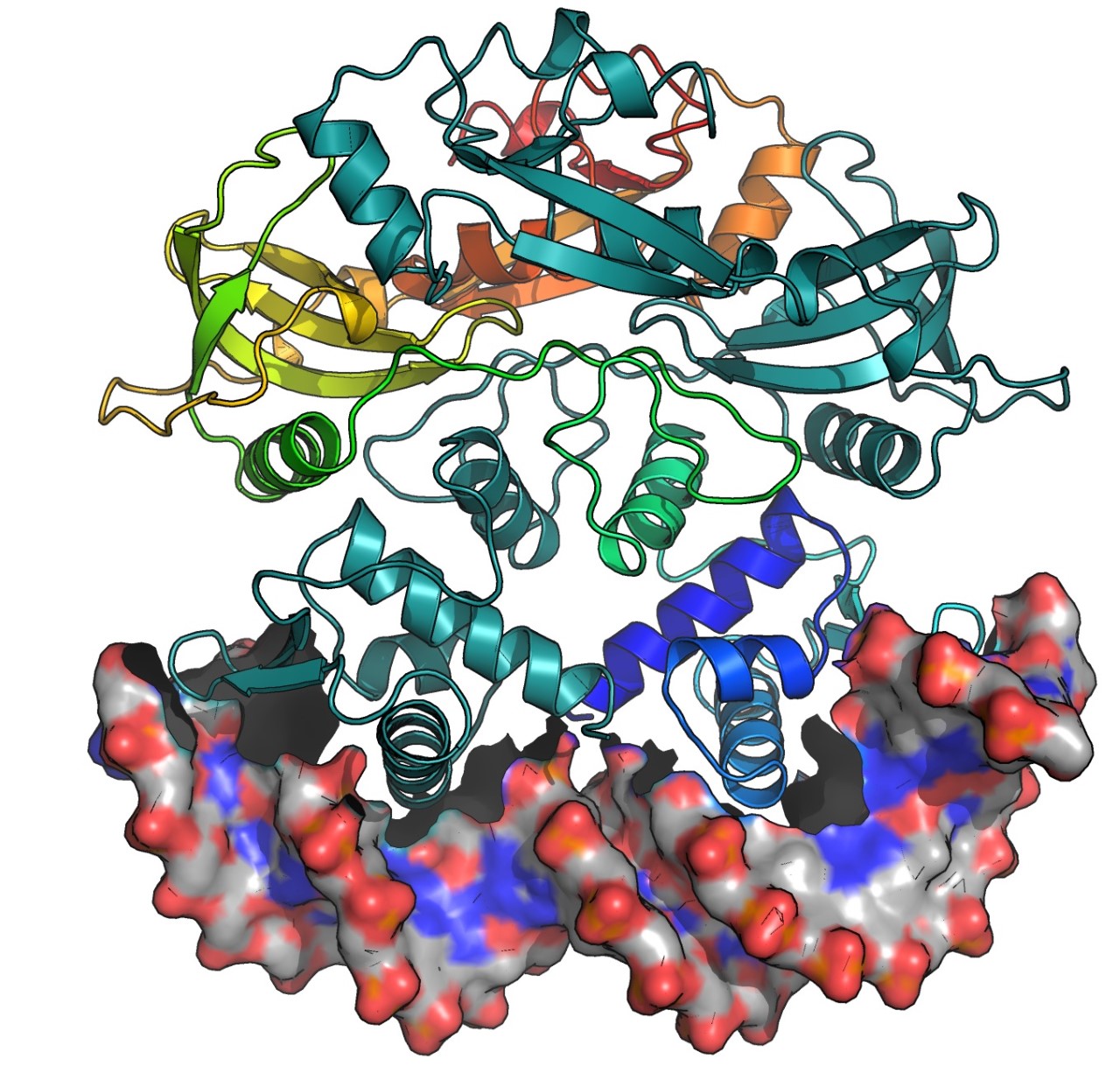 The pandemic has sparked unprecedented public interest in the human immune system and its role in fighting viral infections. While the antibodies and specialized cells that make up our immune system represent a powerful method of warding off infection, an impressive array of immunological strategies have evolved throughout the animal kingdom and beyond. “The war between bacteria and the viruses that infect them probably represents one of the oldest biological conflicts known to us, leading each of them to build up an extraordinary arsenal of defensive and offensive weapons and strategies to neutralize the weapons on the other”, explains Dr. Barry Stoddard, a professor in the Fred Hutch Division of Basic Sciences and a member of the Fred Hutch/University of Washington/Seattle Children’s Cancer Consortium. Many bacterial immune systems work by distinguishing their own DNA from that of a viral invader. The most famous of these is CRISPR-Cas, a system so powerful that it has been adapted into a ubiquitous tool for gene manipulation. A different system, called the bacteriophage exclusion system (BREX), has been identified, but its function is much less well understood. In an article recently published in Nucleic acid researchthe laboratories of Dr. Stoddard and Dr. Brett Kaiserassociate professor at the University of Seattle, in collaboration with researchers from New England Biolabscharacterized a new BREX system and made a surprising discovery about its function.

“BREX is a largely uncharacterized defense system that restricts phages by a poorly understood mechanism,” the authors write. These systems “typically contain four to eight genes” and “use PglX-directed DNA methylation to distinguish self from non-self”. But very little is known about how this system is regulated and how it actually limits phages. By studying DNA methylation in Acinetobacterthe authors identified an apparent new BREX system that “contained the same six conserved genes present in all type I systems, plus a seventh gene [termed BrxR].” Recognizing an opportunity to better understand BREX function, the group cloned the entire gene cluster into E.coli and discovered that it was capable of phage restriction in its new host. They then proceeded to delete the genes one by one to determine their functions and discovered that all seven are necessary for phage restriction and that five of them, including the enigmatic BrxR, seem to act at least in part by promoting DNA methylation to protect host DNA. .

“We were intrigued by the observation that BrxR was required for BREX-mediated phage restriction because it has not been reported as a central component of type I BREX systems and is not part of type I systems described so far,” the authors said. . They performed X-ray crystallography to determine the structure of this protein, which revealed that it was a site-specific DNA-binding protein and potentially a transcriptional regulator. DNA binding assays revealed that BrxR binds just upstream of the BREX transcription start site, suggesting that it may regulate expression of this system.

This is where things get weird, genetically speaking. While the authors had already examined the effects of completely deleting the BrxR gene, they decided to also generate a point mutation to introduce a premature stop codon into the gene. Since both types of mutation destroy protein function, one would expect them to have the same phenotype. But whereas the gene deletion blocked the phage restriction, the point mutation did not. Adding to the mystery, the group found that while deletion of BrxR caused upregulation of another BREX gene, BrxC, the point mutation did not. Thus, it seems, BrxR plays several roles in this system. Its protein, the authors speculate, binds upstream of BREX to likely repress BREX function. And the gene itself appears to contain regulatory information that promotes expression of the BREX gene independent of its protein. It’s solid multitasking.

This is one of those studies that, while illuminating, seems to leave more questions than answers. Dr. Stoddard is excited to continue unraveling the mysteries of BREX. “Although we now know a great deal about how BrxR works as a regulator of [the BREX system]…what we don’t yet know is how this protein, and/or other factors in these systems, detect the appearance and presence of such viruses, and then trigger the action of these systems. It is known that these proteins, through their “WYL” domains, recognize the activator molecules that are generated when phages arrive, but it is not known whether these molecules come from viruses or are produced by bacteria via a type of “ringing” response. the alarm”. . We are working hard to try to figure this out. Regardless of that, there are six other factors in our BREX system, and aside from one other, we really don’t know exactly what each of them does, or how they work together, to defend against a viral attack. We have a very exciting new study of another factor (“BrxL”) underway in the lab that we hope to conclude and publish before the end of the year.