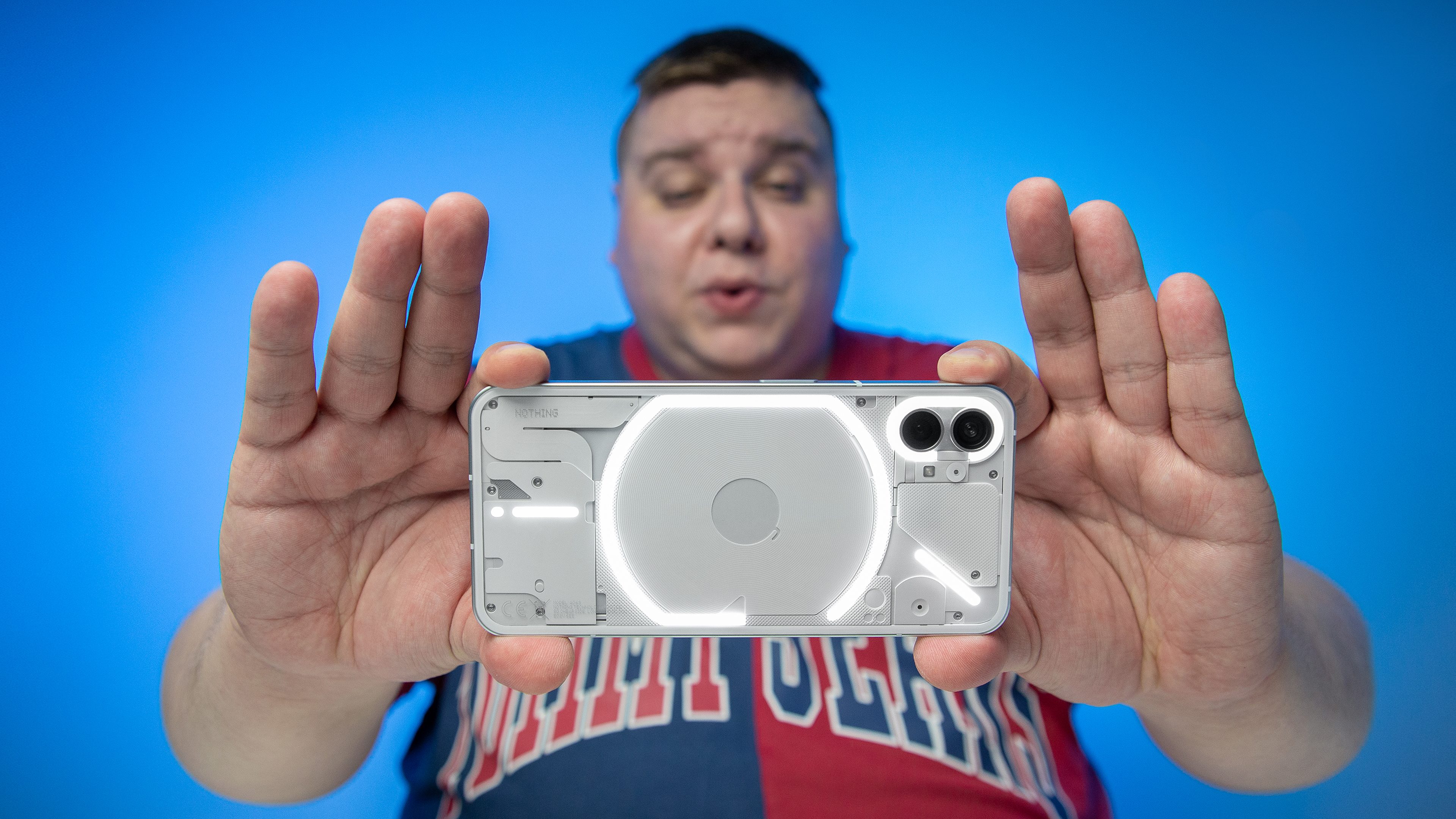 Nothing Phone (1): 6 secret functions of the Glyph interface

One of the main selling points of the Nothing Phone (1) is its Glyph interface. This system of microLEDs acts as visual notifications, offering more or less secret features that I will show you here and in a video.

You’ve probably already read it in one of the countless opinions and other videos on the Nothing Phone (1), the most (over?) hyped smartphone of the year, which features luminous symbols that light up with each time you receive a message. It’s a bit like waving a bunch of keys in front of an infant’s eyes to distract the little one, where small lights are supposed to attract an audience hungry for gimmicks and coolness.

And I see some of them laughing, but not without bitterness in front of this Glyph interface that they consider as useless as the late Google Soli project at the time (sniff). However, we are not here to talk about that. The Glyph interface is little more than a blinking ringtone.

Sync Glyph with your music

You can sync Glyph to light up to the beat of the music coming out of the Nothing Phone’s speakers (1). It’s a bit like old-school Windows Media Player visualizations for those who’ve experienced it before. This function works with both stream music through Spotify or other apps as well as locally downloaded songs on your smartphone.

You can delete the Abra contact and the option will remain active after that. No need to explain to your spouse (I’m not judging anyone) who this famous Abra is.

Use Glyph as a flash for your photos and videos

The Nothing Phone (1) obviously has a classic LED flash for users who prefer to ruin their photos in low light conditions rather than using the dedicated night mode. But you can also use Glyph to light up a scene. The LEDs then light up much like those selfie rings influencers use to light up their exciting vlogs.

As on a classic camera, the Nothing Phone (1) has a small red light on the back to indicate that the smartphone is filming. This light can be very useful if you are filming with the rear camera module and you cannot check if the smartphone is recording correctly since you cannot see the screen.

Enable progress bar when charging the Nothing Phone (1)

Turn the Glyph interface into Always On Display

The Nothing Phone (1) offers a feature called Flip to Glyph which allows you to lay the smartphone face down and emit light signals when you receive notifications. Kind of like an Always On Display, but with glyphs.

Create your own ringtones and notifications

Nothing offers multiple default ringtones and notifications, but you can also create your own from downloaded audio files. The glyphs will then automatically synchronize with the ringtone. You can also associate a particular glyph with a contact of your choice.

You can choose to turn off the lights if you only want the buzzer sound.

That’s it for this overview of the Glyph interface features on the Nothing Phone (1). I’m not telling you that this feature is absolutely essential.

But I find it brings a degree of gamification to the user experience, like Easter eggs that should be unlocked. And in any case, it’s not disturbing in any way, it’s just a bonus that you can decide to use or not.

What do you think of this Glyph interface?

2022-07-27
Previous Post: Firefighters respond to Pāhoa structure fire
Next Post: Credit card debt: 22% of Americans would rather let someone see their text messages than their credit history