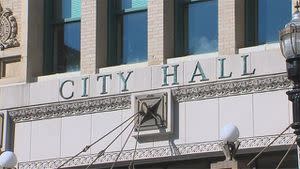 There’s a new push to let you decide what happens to Confederate monuments in Jacksonville, and possibly other historical markers.

Councilman Al Ferraro is proposing a bill that would put the decision in the hands of voters.

This question could appear on the November ballot: “Should the City of Jacksonville remove historic landmarks and markers, defined as identifiable capital assets because of special historical, national, local, or symbolic significance, on city-owned properties? »

“That would include any historical markers, or statues, or monuments or anything like that. The idea is to tell the whole story and the whole story,” he said.

Ferraro explained how Jacksonville has a rich history and he wants to use it to bring people together, not “erase” it.

He says it’s ultimately up to voters to decide what happens, though.

“I personally think that by tearing down the monuments you completely erase history, but I think that should be left to the people to decide,” a man who wanted to remain anonymous told Action News Jax.

If enough voters said “yes,” all monuments — not just Confederate — would be removed.

Under Ferraro’s proposal, if voters said “yes,” all other monuments, including Andrew Jackson on the horse and the Memorial Park sculpture dedicated to Floridians who died in World War I, would be removed.

“There are people who want to tell stories about what the history of our country and our city was. It’s to tell the whole story, good and bad,” Ferraro explained.

If people vote “yes” to remove the monuments, Ferraro said it’s still unclear what it will cost the city. He says he prefers to focus on the things people care about the most, like roads, recycling and drainage.

Matt Carlucci, At-Large, City Council seat 4, believes Ferraro’s push would be divisive and controversial. He says the council should bring the community to bear.

“I respect Councilor Ferraro, but I don’t agree with submitting it to a referendum. We’ve adopted a strategic plan where the board is supposed to take ownership of this issue and part of that was having a community conversation that hopefully would lead to a constructive solution, and I think that’s the direction in which we should continue,” said Carlucci. .

Carlucci recently proposed putting a $500,000 cap on the removal of the Southern Confederate Women’s Monument in Springfield Park, and he says he will continue to push that bill.

Ferraro plans to present his proposal to the city council on Tuesday. He doesn’t expect the board to approve it.