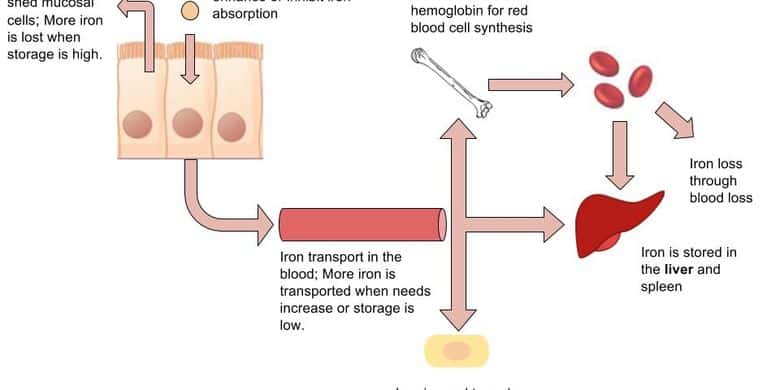 Functions of iron for the human body

Also Read: 8 Types of Plant Micronutrients and Their Functions

The primary function of iron for the human body is to make hemoglobin and bind oxygen.

Hemoglobin is made up of four globular peptides, each containing iron with heme as its core.

reported from Libratex MedicineThe iron in hemoglobin binds to oxygen in the lung capillaries and transports it to where the oxygen leaves the cells.

lumenlearning.com The structure of hemoglobin with four peptides and an iron core (Fe+) is also heme.

Also read: How is oxygen transported in the blood?

Iron also plays a role in the formation of myoglobin.

reported from british encyclopediaMyoglobin is a protein in muscle cells that stores oxygen. The oxygen in myoglobin is used to support muscle contraction.

reported from Harvard School of Public HealthIron is important for healthy brain development and the development of fetuses and babies.

Indeed, iron plays an important role in cognitive development, the formation of brain cells as well as the cells that make up the nervous system.

Iron is also a major component of various enzymes. reported from Light learningIndeed, iron is a cofactor for enzymes.

The function of iron for the human body is also to promote the transport of electrons and the synthesis of energy in the form of ATP.

The next function of iron for the human body is to support the immune system.

Indeed, iron is one of the elements that make up the immune system, particularly in primary and secondary immune responses.