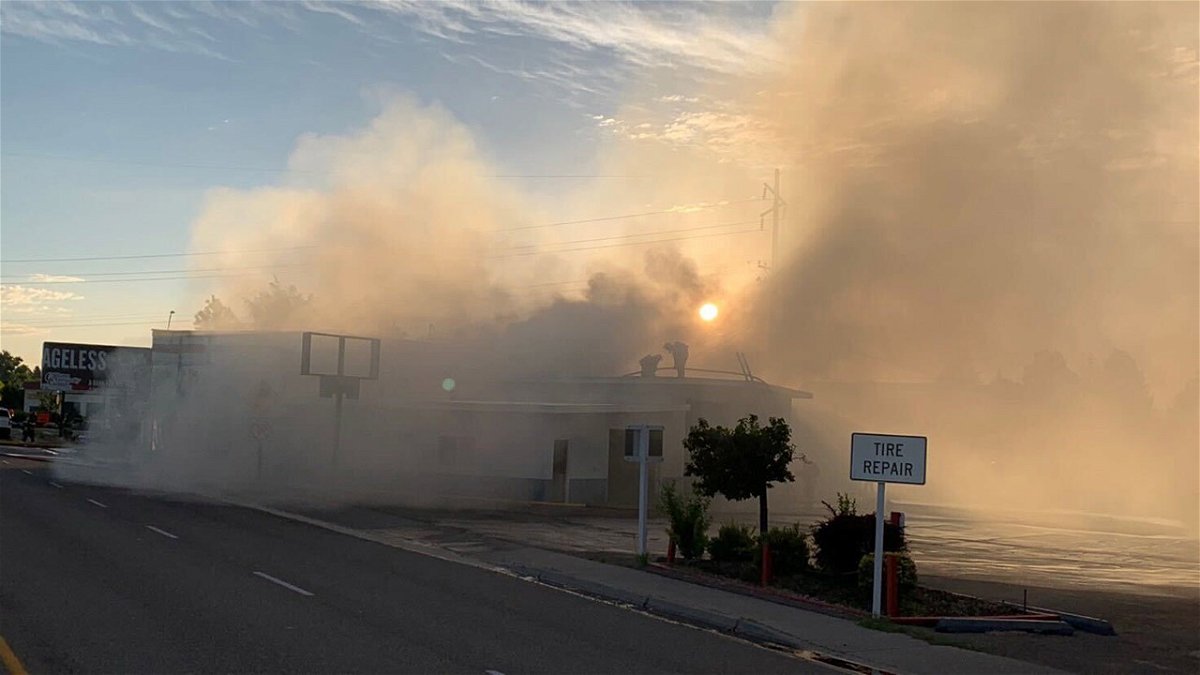 Authorities are investigating the cause of the Rexburg structure fire

Upon arrival, firefighters found heavy smoke coming from the eaves of the pawnshop. Due to the dangerous conditions and the immense amount of objects in the building, the teams were forced to make a defensive attack against the fire. The majority of the smoke seen by the community was due to the dense storage of vehicle tires and goods inside.

No one was inside the building at the time of the fire. The building is considered a total loss, however, firefighters managed to stop the fire from spreading to two adjacent structures.

The Madison Fire Department sent three engines, an ambulance, and three command vehicles. Officers from the Rexburg Police Department and the Madison County Sheriff’s Office also assisted. 25 people were working at the scene of the fire.

“We appreciate the public’s cooperation with all road closures in the area,” Madison Fire Department Chief Corey Child said. “These closures allowed for a safer operation on the fire grounds. Additionally, we encourage all businesses to review their emergency fire plans.

The cause of the fire is currently being investigated by the Madison Fire Department and the Rexburg Police Department.

No firefighters were injured. Crews will remain on site well into the evening to work on hotspots and flare-ups.

ORIGINAL: The Rexburg Police Department reports that fire crews are working on a structure fire on S Yellowstone near 5th Street South.

Police have closed several streets in the area and are asking the public to avoid the area.

Emergency services and investigators are on site.

2022-07-08
Previous Post: Photoreceptor cells in mice drive visual and non-visual functions using separate circuits in the eye
Next Post: This is the average credit card debt in South Africa