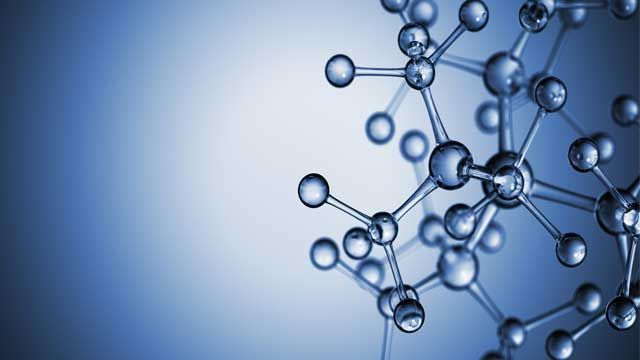 Researchers from the University of California at Irvine and the Italian Institute of Technology have developed a new molecule, ALY101, which shows promising anticancer activity against a wide range of tumor cell types and in mouse models of a type current of melanoma. The results, “Structure-Based Design of CDC42 Effector Interaction Inhibitors for the Treatment of Cancer,” are now published in Cell reports.

The collaboration between Marco De Vivo, PhD, director of the Molecular Modeling and Drug Discovery Laboratory at IIT, and the laboratory of Anand Ganesan, PhD, MD, Professor of Dermatology at UCI, integrated approaches from computational chemistry and wet biology analysis systems at both institutions, resulting in a unique approach to developing drugs that act to block protein-protein interactions that underlie basic cellular processes including initiation, growth, metastasis and formation of blood vessels. These interactions are part of the cellular machinery that can become dysregulated in diseases such as cancer and neurofibromatosis.

Their work initially focused on blocking the interaction of members of the CDC42 GTPase family with a key kinase, PAK1, which is amplified in breast, colon and other cancers and active in the pathology of diseases rare such as neurofibromatosis and Ewing’s sarcoma.

“We identified a previously unknown PAK1 binding pocket, present only in CDC42, and used this pocket at the interface between the two proteins to disrupt the interaction that would normally lead to PAK1 activation. By blocking this interaction, we can inhibit excessive PAK1 activity that drives cellular changes that lead to cancer and other diseases,” De Vivo said. “We used computer simulations of the two proteins to design compounds capable of binding to this pocket and modeled the blocking of the interaction between the two proteins using a range of simulated compounds which we ‘screened’ for silicone then synthesized the most promising ones for further experimental testing.

Specifically, the lead compound discovered in the collaboration, ALY101, works by blocking the interaction, which normally converts PAK1 from an inactive to an active state. Other researchers have demonstrated that suppressing or inhibiting PAK1 activity in tumor cells sensitizes them to a wide range of different anticancer agents, thereby enhancing their antitumor activity.

This rational approach to structure-based drug design has been fully integrated into wet biology testing workflows in the Ganesan laboratory at UCI.

“This compound and the drug’s effects on the tumor and its microenvironment have potential applications both as monotherapy or in combination to reduce the dose-limiting toxicities of existing agents, or as a treatment for tumors that have developed resistance to other agents,” Ganesan said. . “In a broader context, these studies provide a roadmap for the rational structure-based design of drugs targeting member proteins of the GTPase family, known to be important but difficult to target for treating cancer.

This research was funded by foundations, such as the Italian Association for Cancer Research in Italy and the US National Institutes of Health, including NIH awards R01CA244571 and U54CA217378. These results also led to the launch of a start-up, Alyra Therapeutics, dedicated to expanding the platform developed by De Vivo and Ganesan and further developing ALY101 and other compounds as novel treatments. potential for cancer, neurofibromatosis, and other diseases where small GTPases and their signaling interactions play a role in disease pathology.

Alyra’s lead program, ALY101, was developed from this work and works to restore normal cell signaling processes that can become dysregulated in patients with certain cancers and rare diseases such as neurofibromatosis type 2.

“We are extremely pleased to see the publication of work by Dr. De Vivo and Ganesan describing the activity of ALY101,” said Mark Benedyk, PhD, President and CEO of Alyra. “The integrated approach pursued by the two laboratories has efficiently generated several compounds that block the CDC42/PAK1 interaction, validating our platform and similar projects are underway to address other small GTPase proteins outside the CDC42 family. The significance of their discovery with respect to the potential treatment of cancer and neurofibromatosis type 2 cannot be underestimated.

This article was republished from the following documents. Note: Material may have been edited for length and content. For more information, please contact the quoted source.