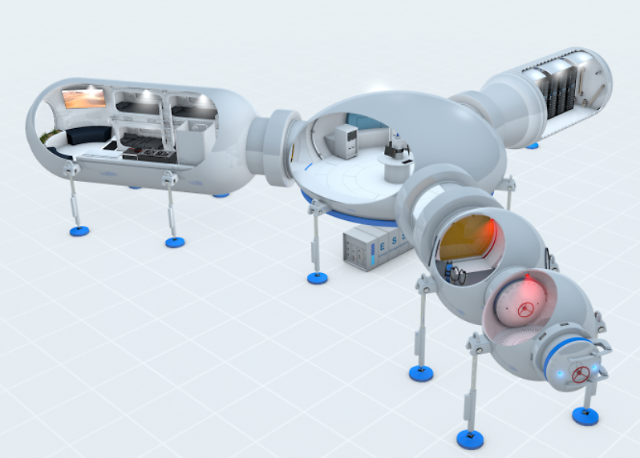 [Courtesy of the Korea Institute of Ocean Science and Technology]

SEOUL — A maritime research organization will lead South Korea’s five-year state project to install a modular underwater structure that will allow three people to stay at a depth of 30 meters for 30 days. It would be Asia’s first underwater space demonstration module with separate spaces for research, residence, a data center and an underwater chamber.

The Korea Institute of Ocean Science and Technology (KIOST) said it had been selected by the Ministry of Maritime Affairs and Fisheries to lead technology development for the project which would cost some 37.3 billion won (30 .8 million) for five years from 2022. The project is diverse in research and application areas, covering design and construction technologies to create living space under the sea and maintenance technologies .

Along with an underwater space platform, researchers would develop medical technologies for the health and safety of residents, as well as information and communications technologies for underwater energy supply and communication. A total of 23 institutions and companies, including Korea Aerospace Research Institute, Korea Institute of Science and Technology and SK Telecom.

The underwater platform will be built off the southeastern port city of Ulsan. The sea off Ulsan is relatively easy to work with underwater in terms of turbidity, tide and water temperature, with no history of seabed subsidence over the past 20 years, KIOST said, rating Ulsan as the best location for the installation of a submarine. platform for its industrial infrastructure of shipbuilding and marine factories.


© Aju Business Daily & www.ajunews.com Copyright: Nothing on this site may be reproduced, distributed, transmitted, displayed, published or broadcast without the permission of Aju News Corporation.